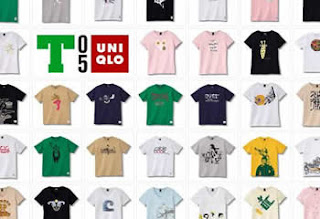 Last weekend I had a change to go to Uniqlo at Fahrenheit (finally!). The prices are affordable and cheap compared to others. The designs are for casual, everyday wear. However, since now is the winter season, hence, most of the clothes are for winter which is not really suitable for our weather. I can't wait for their next line next year. Nevertheless, I bought a pair of sports suit for only RM240.

Before you get married : 'Bila nak kawin?'

When you are married : 'Bila nak dapat anak?'

When you already have a child : 'Bila nak tambah anak?'

When you are thin : 'Ish kurus sangatla, you should gain some more weight'

If you don't give : 'Eeee dia tu memang kedekut'.

I don't easily give compliments nor judgmental towards people. Sometimes you should just shut up and look at the mirror. What you don't want people to do to you, don't do it to others. Also, stop asking such stupid questions. There are more other things you can talk about. If you don't like to compliment people then you should also zip your mouth either ways. Sometimes you should also learn to appreciate and how to say thank you.

Stop telling people, 'Ala just ignore what ever those people say', because humans do have feelings no matter how hard you try to ignore. You will feel it even though just a tiny bit. What I learn in life is, it is really hard to expect people to be nice to you. You can count with fingers (trust me, you will never lose count) how many that are truly nice and won't talk behind your back. Sometimes it's the people that you least expected who would actually bitch about you. I know this entry won't change anything..........but, worth a try.

p/s : Grateful of what you already have but there's no harm of improving yourself rather than trying to make others fall.

Yesterday was my day out with my best friends and we went for a stroll at Pavillion plus my friend wanted to buy a wallet. As we were strolling, I found an adorable iPhone casing by Burberry. Didn't know that even the designers are also designing them although I know that the market is being flooded with iPhone 's casing leaving behind other brands such as Nokia.

It's RM900. Just arrived 2 days ago. It's for iPhone4 but can also fit into iPhone 3GS. Gosh I almost bought it but tried so hard to hold myself. Hahaha. They also have a casing for iPad and Blackberry.
Then we went to Gucci to find 1 but it was sold out!

Well Isetan is having a 3 day members sale and I bought these 2 adorable heels.

Don't you think it's adorable with affordable price?

I also bought this limited edition eye shadow from M.A.C. I love the casing!
XOXO

Email ThisBlogThis!Share to TwitterShare to FacebookShare to Pinterest
Labels: Passion

I'm in love with this Butterfly Chest but it costs RM1,799! Do you reckon it's worth it to buy? Look at the small drawers at both sides, I can put all my make ups in them!

Well, I've paid the down payment for a bedroom set for my supposedly new house but we are not planning to move anytime soon. Hence, it has been kept at the Emperor's Classic Furniture for more than 2 years now.

So the question is...I already bought a set which has yet to be used anytime soon, should I buy this gorgeous chest? If the moving happens, I may not need this chest anymore.

I would like to congrat one of my best friends, Byni, who weds Yusran recently. You looked gorgeous during your wedding day! I hope you guys will be happily ever after!
p/s : Thank you for trusting me to be your bridesmaid on your big day. 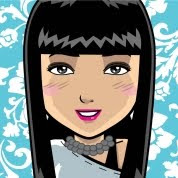 What I Have Written 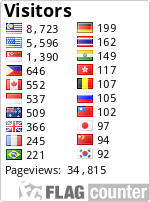